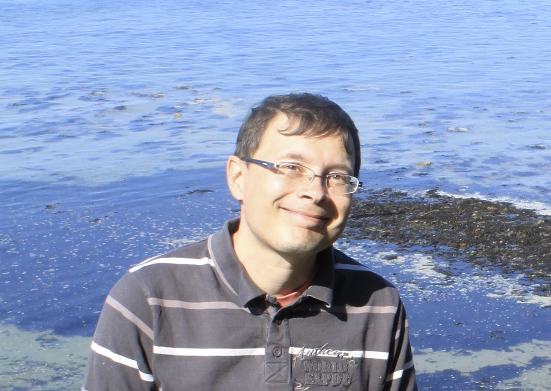 As a talented scientist, animated with a constant passion for astronomy, Olivier Chesneau led pioneering works using visible and infrared long-baseline interferometry. Olivier used this technique to study disk formation around varied astrophysical objects, such as evolved massive stars, planetary nebulae, and novae. His foremost results include the study of the close environment of Eta Carinae and other massive stars, the first direct detection of disks in planetary nebulae, finding evidences of dust bipolar ejections by novae shortly after eruption, and the discovery of the largest yellow hypergiant star in the Milky Way. His results were often widely publicized through press releases from ESO and CNRS-INSU. The 2012 Michelson Prize of the International Astronomical Union and of Mount Wilson Institute was awarded to Olivier Chesneau for major contributions in stellar astrophysics made with long-baseline interferometry.

During his whole career, Olivier shared his passion and expert knowledge by teaching astronomy, in supervising and helping, but mainly in motivating many young students, postdocs and scientists. He contributed notably to ESO VLTI through his involvement in the MIDI instrument and through many observing programs with AMBER. He contributed also to the VEGA instrument at the CHARA interferometer at Mount Wilson, providing many insights in the astrophysical analysis of complex interferometric data. He was preparing, with the MATISSE consortium, the second-generation instrumentation for the VLTI that will feed future international research. He was also working in the Jean-Mariotti Center (JMMC) as PI of the Calibration Group. Followers of the “Methode Chesneau” – enthusiasm, curiosity, and passion – will without doubt perpetuate his pioneering approaches. He organized the VLTI school in Porquerolles in April 2010, was a co-organizer of the interferometry school in Barcelonnette in Fall 2013, and of the 2012 Week of the French Society for Astronomy and Astrophysics. Olivier was also the science council chairman of the CNRS-INSU committee on high angular resolution astronomy (ASHRA), and part of the VLT SPHERE GTO program that was devoted to “Other Science”, i.e. on topics that are not directly related to exoplanet and protoplanetary disk observations.

Everyone who knew Olivier will remember his rich human qualities, his expert scientific abilities, and his continuous and infectious passion for scientific research.